Traveling Around My Kitchen

I try not to write about food too much on this site, because among expats here in Italy one can’t heave a virtual brick without it landing on one of their food blogs. Beside that, I live in Testaccio, which is not only one of the last truly Roman neighborhoods in the center but which is also the gastronomic heart of la cucina romana. I will write a bit later about that history, but suffice it to say, that I had grown to resent the pre-virus daily invasions of food tours that were driving prices up and locals out.

But this post is another from quarantine. We still have ten days to go, and though the local market is still open, I find that I have a larder stocked full of treats from my various travels. Though I can’t leave my house, I can relive my travels at every meal. I will leave to the side a discussion of wine and olive oil, because so many of my trips are framed by those two pillars of Italian culture and life. But the little jars of sauces that I have picked up over the last year, the olive-oil soaked anchovies I have collected from around the Mediterranean, and the bags of plump, salt-encrusted capers have all kept my lockdown full of flavor and pungent memories.

Piemonte is a place I associate with the triumvirate of Barolo, Barbaresco, and Barbera, but I always visit that region in the fall, during truffle season, so I can’t think of wine without the earthy but delicate allure of white truffle. There is nothing like fresh truffle, shaved over a barely over-easy egg or a plate of buttered tajarin, but the truffled olive paté I brought home, lavished over a piece of crusty bread, has transported me back to autumn in Piemonte. The flavors reminded me of my first trip there several years ago.

Luciano and Maurizio Bianco are two brothers who own Cà San Ponzio, the charming inn near Barolo where we stay every year. They had arranged for us to buy a truffle just dug up the morning after our arrival. It turned out to be the size of my fist, and it required three trips to the bancomat to pay for it. For other Piemontese specialties, I always shop at Polleria Ratti Elio in Alba. I cart home a couple of packages of tajarin, the local delicate egg pasta, truffled Toma cheese in oil, and a few jars of pasta sauces like bue al Barolo, lepre and arrosto. 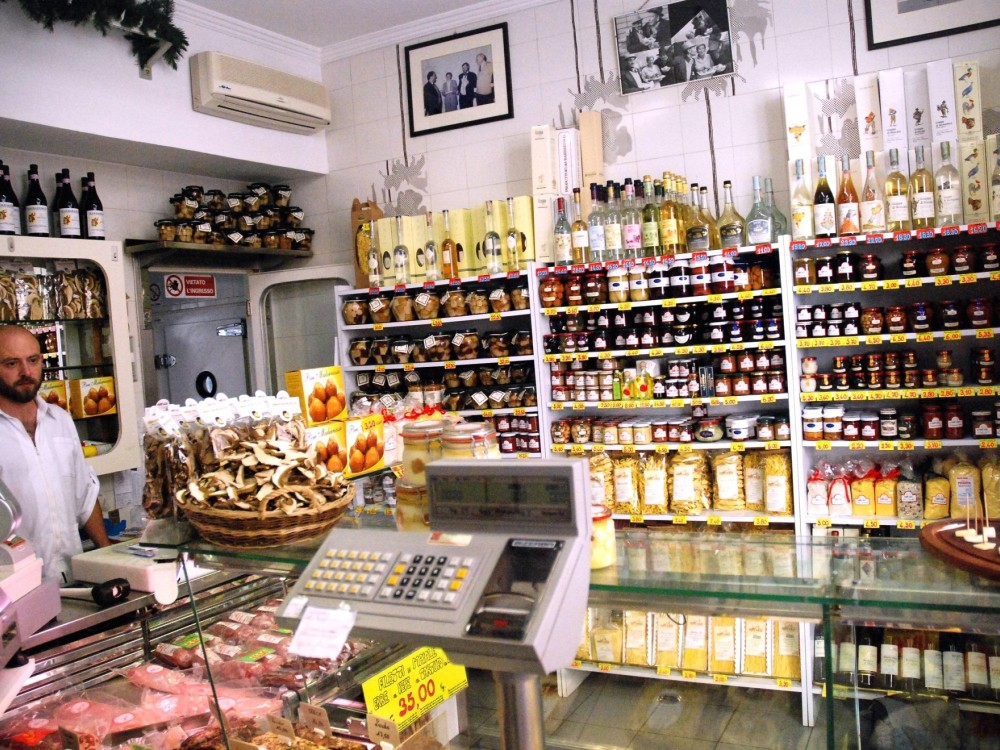 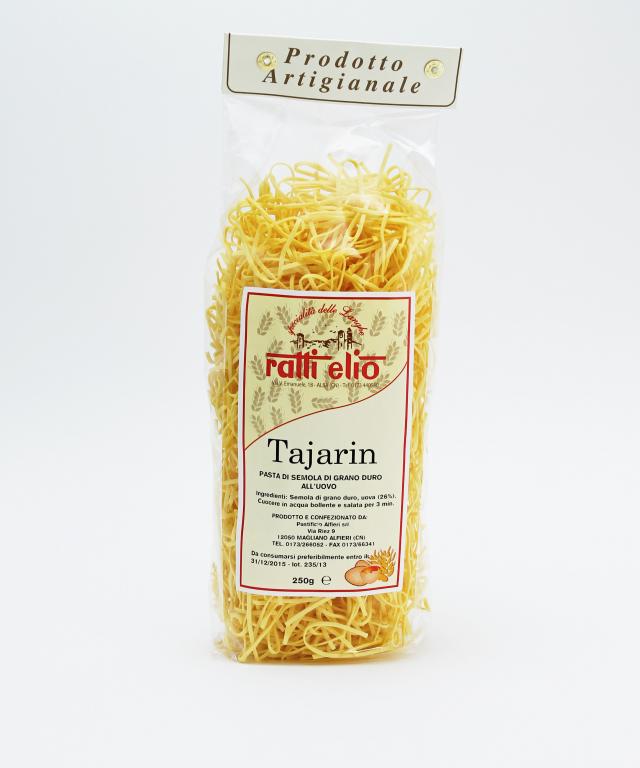 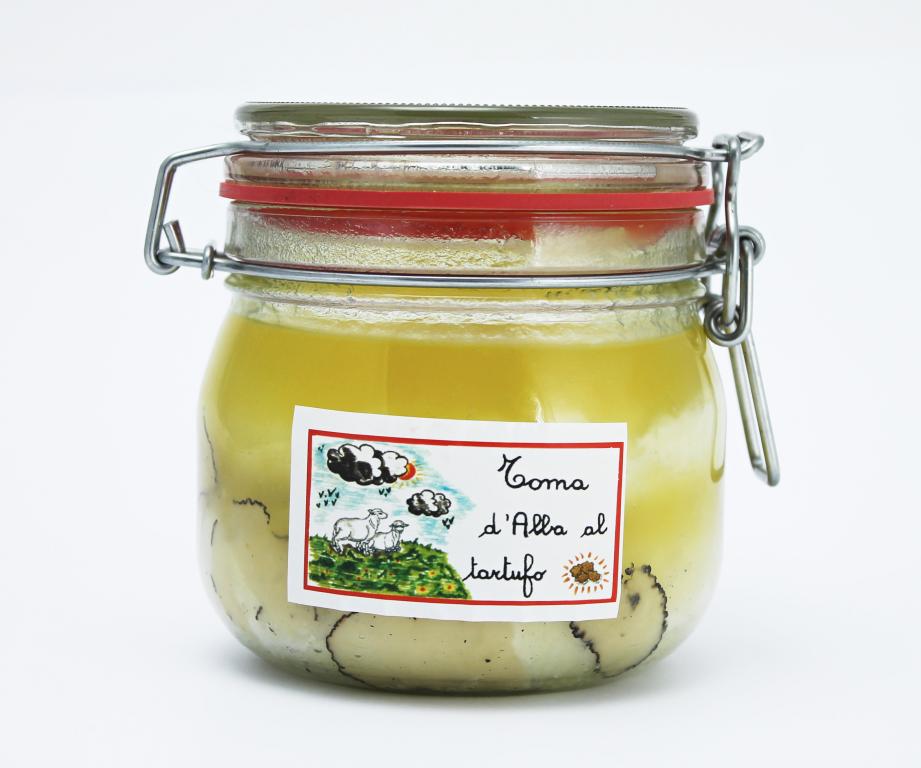 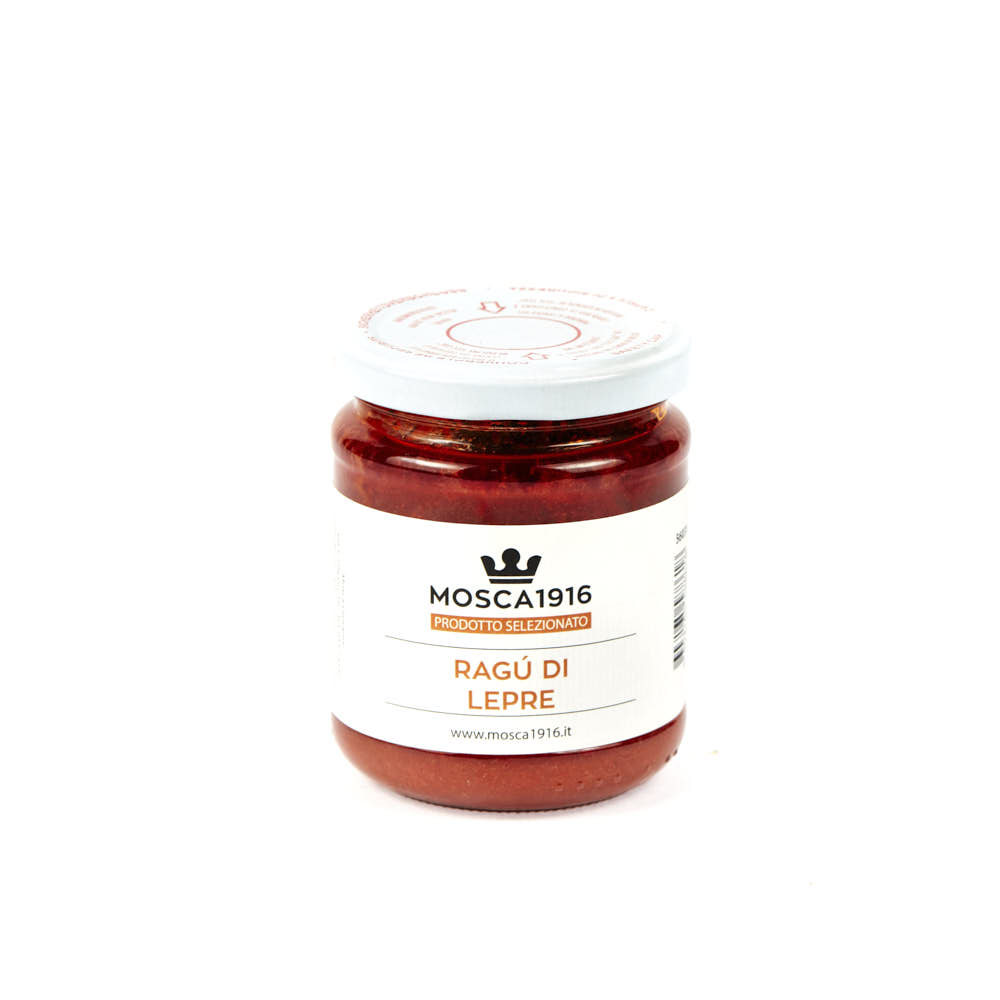 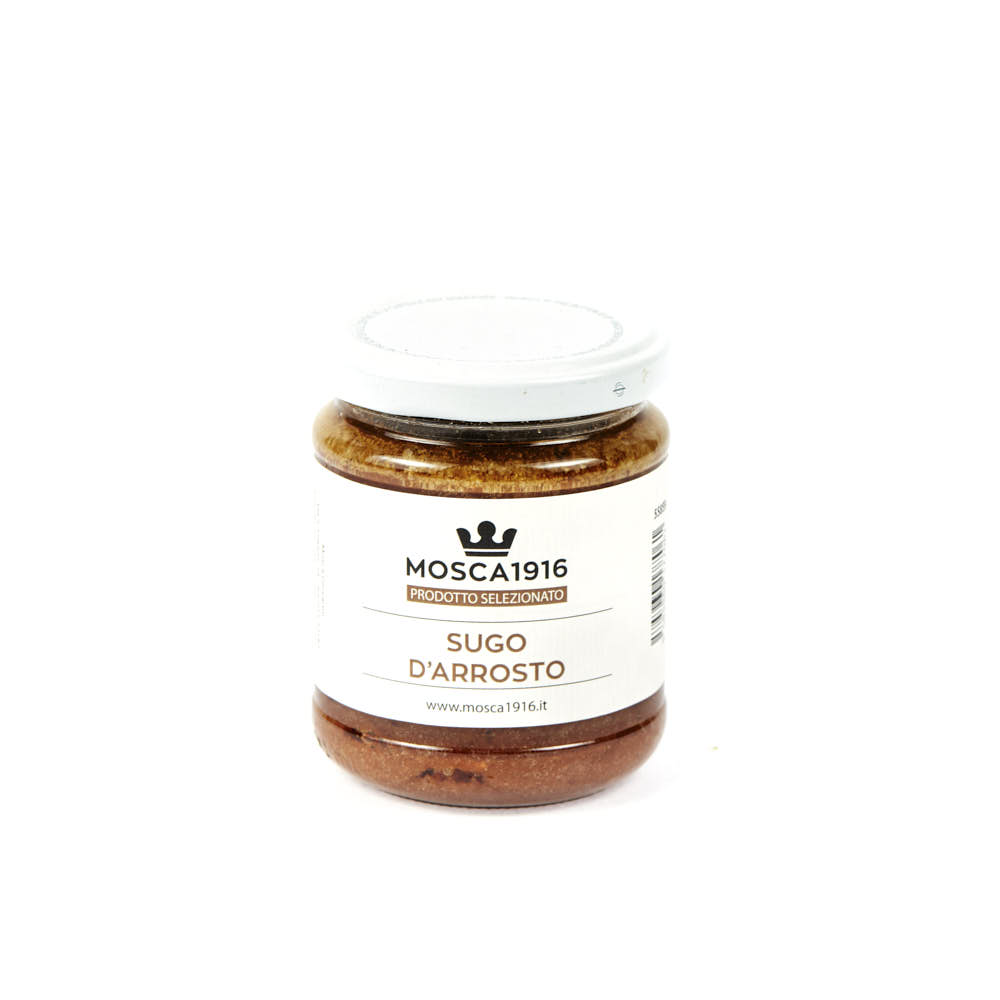 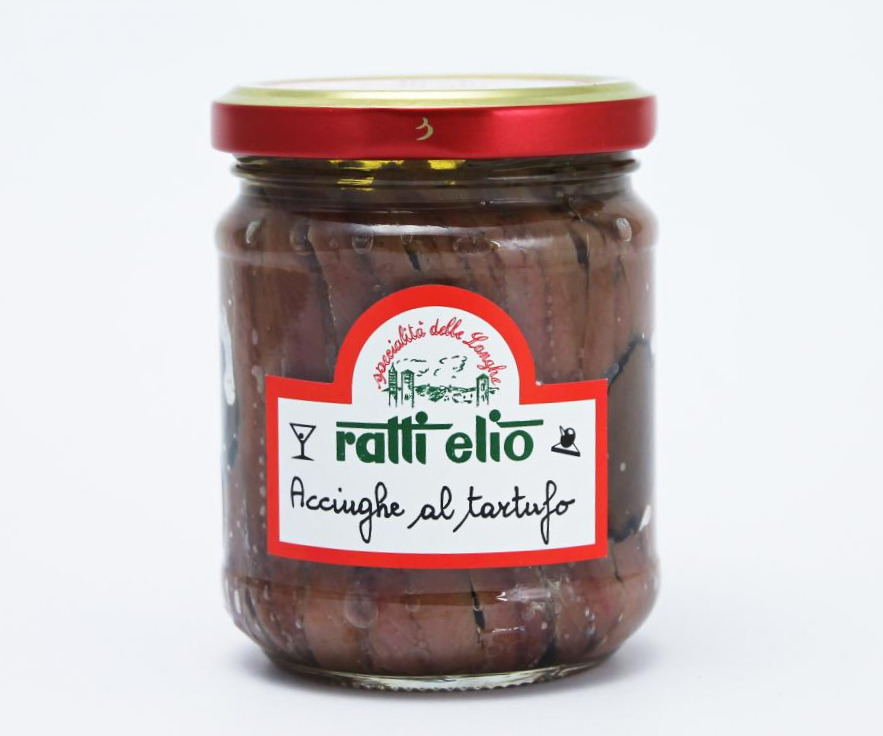 Strangely, anchovies are another typical food of the area. But anchovies are poor people food, so you can find them in nearly every corner of Italy. Legend has it that ancient Piedmont got its salt from the salt pans of Provence and the mouths of the Rhone, arriving via the commercial routes that crossed the passes of the Maritime Alps. Because the tax on salt was high, hiding it under a layer of lowly anchovies was a way to trade salt while avoiding the high duties. In Piemonte, they can be truffled, but they also show up in bagno cauda, a heady sauce of garlic, anchovies, and olive oil, cooked over a very low flame until thickened and pungent. There is nothing like it for dipping boiled potatoes, cooked and raw vegetables, or crusty bread. There are also anchovies in bagnetto verde. A type of pesto made of parsley instead of basil, mixed with capers, garlic, olive oil, wine vinegar, and anchovies. It is typically served with boiled meat (bollito misto), but I like it in any recipe that would call for simple anchovies.

I have never met an anchovy I didn’t like. My love affair with those salty, finely spined little fish probably goes back to a memory of my parents. My mother loved to tell the story of when, as a young newlywed who had never been out of the state of Georgia, she had moved north with her handsome Italian husband.

The first night in their tiny New Jersey apartment they stood in the bare kitchen, eating over the sink. My father opened a small tin of anchovies, lifted one onto a piece of bread and offered it to her with a glass of rustic red wine. She had never tasted anything so exotic, and she was wildly in love. My father introduced me to that acquired taste as a young girl, and he and I always shared our love of salty bitter things.

I collect jars of anchovies everywhere I go. Perusing my cabinet, I am winked at by little jewels, jars of anchovies bought on sunny afternoons in Crete, Cyprus, Liguria, Sicily, Amalfi, Pantelleria, and Croatia. Last summer in Croatia, on the way to the enchanting island of Korčula with its dark-alleyed Venetian old town, we stopped at Mali Ston, just barely attached to a peninsula jutting out into the sea. Mali Ston is known for its oysters, and the Dalmatian coast has a long history of mariculture that goes back to the Romans. There are several good restaurants in the little piazza facing the sea, but we had a ferry to catch. We pulled up to a small, family bottega, with its smattering of eclectic tables under cheery umbrellas and ordered a beer and a dozen freshly shucked oysters. Briny, minerally, delectable, it’s a taste that makes you feel alive. The French family next to us ordered another dozen, and Lucija said, “Don’t eat too many or you’ll have six more children!” Lucija’s father and brother owned and worked some of the oyster beds, and she ran the bottega, selling other little confections of smoked oysters and lovely, oily jars of plump anchovies. I would have to return to Mali Ston to get another oyster like that, but Lucija’s anchovies take me back to that magical day which now seems a lifetime ago.

I will only mention a few other places, which are so dear to my heart that I hate to even write about them because it is hard in these dark days to imagine returning. The little town of Cetara south of Amalfi, sits at the bottom of a steep cliff and is washed by warm light that turns the water tourmaline in the reflection at sunset.

At the bottom of the impossibly steep road down the hill to the sea, sits the little of shop of Delfino, dating from 1950, when this part of the Amalfi coast must have felt like something out of a Patricia Highsmith novel. Not much has changed there since Pasquale Battista opened just after WWII. Piled high are every kind of anchovy you could want: filetti, marinated, piquant, and salted. He also has a collection of tuna that ruins you forever for supermarket tins, as well filetti di sgombro, cernia, and swordfish, all in jars brimming with olive oil. Not to be missed is the famous Colatura, the anchovy extract you toss with pasta, olive oil and fresh parsley. For me, it is the taste of the Amalfi coast, sitting on the terrace at the old converted convent under the palms, with the bells ringing at fifteen- minute intervals, and the whole town taking a passaggiata by the sea before sunset.

Sicily is my favorite place for food in the world. The food is basic, but the fundamentals are so good that it feels like the first time you ever really tasted a tomato, an eggplant, or a fresh piece of fish. Everything that came before it was a pale reflection. Not unlike Cetara, Marzamemi is a little fishing village in the lower right angle of the Sicilian triangle. It has a windswept, flat piazza with a church on one end and the excellent Taverna La Cialoma on the other, facing the sea. Further from the piazza is Adelfio, where they produce the very best tuna. Ever. Gaetano Adelfio started the business in 1931, and his family still runs it today. I was so taken with the story that one of the grandson’s took me back to the dock. Several enormous tuna where lined up, as if swimming, but sadly were instead waiting to be turned into my lunch. Oddly though, it wasn’t off putting, and there was a majesty and dignity to the big fish and to the men who caught them (all in sustainable ways) for generations. I thought of Neruda’s “Ode to a Large Tuna at the Market”:

among the market vegetables,

lying in front of me

My larder is stocked with delicacies from Marzamemi: tuna in olive oil, several versions of anchovies, bags of small dried cherry tomatoes (ciliegini)-- so sweet they hardly seem like a vegetable-- pistachios, and almonds.

Pantelleria is a small Sicilian island closer to Tunisia than Sicily, wild, windswept and full of black volcanic rock and white domed dammusi. It is one of my three favorite places in the world. Its archeology is rich, with dwellings and artifacts going back 35,000 years. It is one of those out of the way corners of the Mediterranean that has had the whole world go through it, and you can feel it in the wind. It blows about with influences from everywhere. After pre-history, there were Iberians, Carthaginians, Greeks, Romans, Arabs, Normans, Aragonese, Turks, Spanish, Maltese, French, and then finally, the Americans in 1943, who staged the invasion of Sicily from there.

I will write another post about this suggestive and heavily scented place, but for now, I will have to make due with my kitchen cabinet. Thanks to Konza Kiffi, an artisanal agricultural estate on the island, the aromas of Pantelleria abound in my house in Rome. In Pantesco Arabic dialect, Konza Kiffi means the sense of taste, or to season with taste. Rosalba, Battista, Giancarlo, and Cristian work in the steps of their great, great grandfather, who built terraces, planted vines, and cultivated tomatoes, capers and citrus. They enclose these marvels, fragrant and intense, in little glass jars and heavy bags full of salty capers and pungent oregano. There are marmalades of bitter oranges, sweet lemon, and zibibbo grape, and marinated sun-dried tomatoes, pâtés of olives, anchovies and capers, sun-dried tomatoes, capers and finocchietto, and capers and almonds. All the flavors of the Mediterranean . . .

Okay, time for lunch. I may not be able to leave my house, but I won’t go hungry.

Aperitivo at sunset on the roof of a dammuso